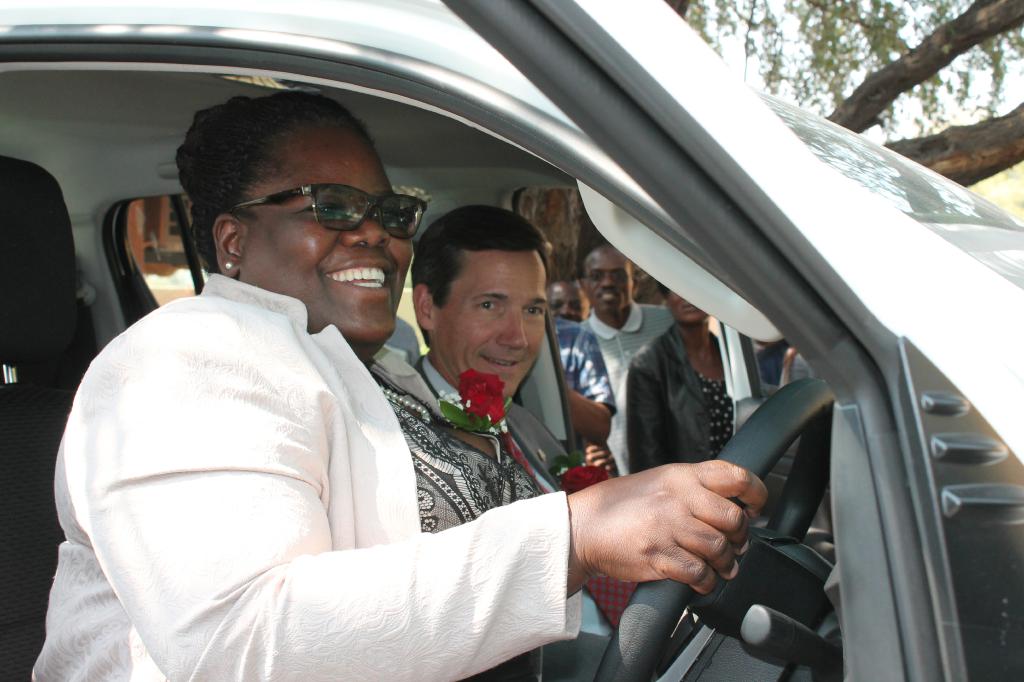 “I believe Namibia will achieve an AIDS-free generation thanks to determined and dedicated people like you, but that achievement will come because we work together – hand in hand – Namibians and Americans,” said U.S. Ambassador Daughton to the newly recruited staff.

Deputy Health Minister Kavetuna thanked the United States government for its continued funding. “The Government of the Republic of Namibia and its people are extremely grateful for this support, which has gone a long way in building healthy communities,” she highlighted.

The U.S. Ambassador also handed over four brand-new 4×4 vehicles to be used in health districts at Kavango-East, Omuthiya, Onandjokwe and Tsumeb.

The deployment of new health care workers follows the signing of an Acceleration Plan between the United States and Namibia in December 2015, in which the U.S. government, through PEPFAR, commits itself to provide an additional US$34 million in support of the Ministry of Health and Social Sciences’ fight against HIV/AIDS. This is above and beyond the regular annual PEPFAR contributions to the Namibian health sector, amounting to over US$1.1 billion since 2004.