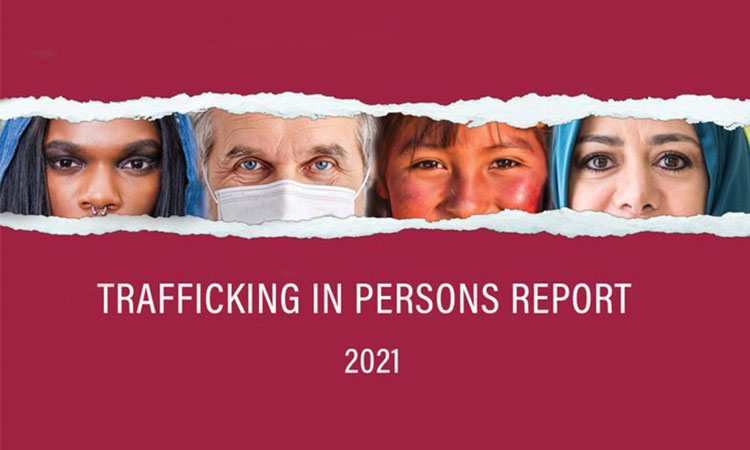 Windhoek – The Government of Namibia retained its status as a Tier 1 country in the 2021 Trafficking in Persons (TIP) report for the second year in a row for prohibiting severe forms of trafficking in persons and punishing acts of trafficking.  Namibia is again the only country in Africa to achieve a Tier 1 ranking, joining 28 countries globally.

The TIP report, compiled by the U.S. Department of State, is the world’s most comprehensive resource on governmental anti-trafficking efforts and reflects the U.S. government’s commitment to global leadership on this key human rights issue.

“Namibia has made an impressive commitment to fighting the terrible crime of human trafficking,” said the U.S. Embassy’s Chargé d’Affaires Jessica Long.  “The Namibian government continued to demonstrate serious and sustained efforts during the reporting period, despite the COVID-19 pandemic’s impact on its anti-trafficking capacity.”

A country’s tier ranking reflects the State Department’s assessment of that government’s efforts during the reporting period to meet the minimum standards for the elimination of trafficking in persons established under the Trafficking Victims Protection Act of 2000.

While Tier 1 is the highest-ranking, it does not mean that a country has no human trafficking problem or that it is doing enough to address the problem.

“Tier 1 countries, including the United States, still have much room for improvement.  All governments should strive to continually improve their efforts to fight this heinous crime and fully protect the victims,” Chargé Long continued.

During the reporting period, traffickers exploited individuals from Angola, Kenya, Zambia, and Zimbabwe in sex trafficking and forced labor. Some victims are initially offered legitimate work for adequate wages, but then traffickers subject them to forced labor in urban centers and on commercial farms.

The TIP report identified key efforts made by the Namibian government that led to the Tier 1 ranking for the 2021 report, including: