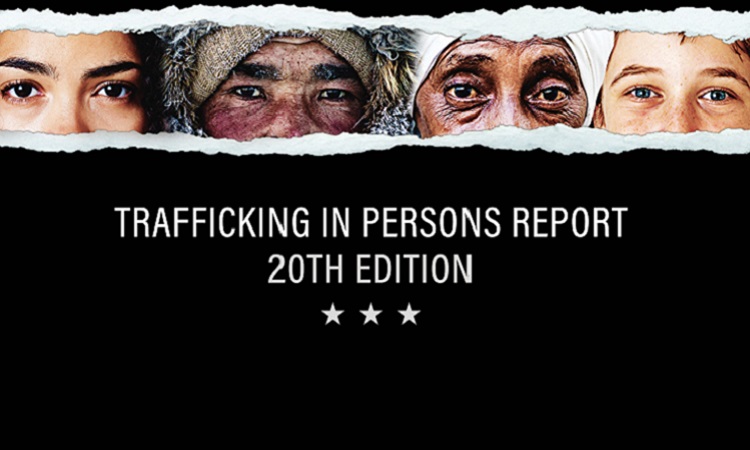 The Government of Namibia has been upgraded to a Tier 1 country in the 2020 Trafficking in Persons (TIP) Report for fully meeting the minimum standards for the elimination of human trafficking.  Namibia is the only country in Africa to achieve a Tier 1 ranking this year, joining 34 nations globally.

The TIP report, compiled by the U.S. Department of State, is the world’s most comprehensive resource on governmental anti-trafficking efforts and reflects the U.S. Government’s commitment to global leadership on this key human rights issue.  A country’s tier ranking reflects the State Department’s assessment of that government’s efforts during the reporting period to meet the minimum standards for the elimination of trafficking in persons established under the Trafficking Victims Protection Act of 2000.

While Tier 1 is the highest ranking, it does not mean that a country has no human trafficking problem or that it is doing enough to address the problem.  Tier 1 countries, including the United States, still have much room for improvement.  All governments should strive to continually improve their efforts to fight this heinous crime and fully protect the victims.

“Namibia has made great strides in the fight against human trafficking over the past year, particularly by bringing into force the Combatting of Trafficking in Persons Act of 2018,” said Ambassador Lisa Johnson.  “While there is still more work to be done, Namibia should be proud of its efforts to increase public awareness of human trafficking, bring traffickers to justice, and provide essential services to trafficking victims.  I want to personally congratulate the Government of Namibia, NGO and civil society organizations, and international organizations for their collaboration and dedication to combatting human trafficking in Namibia.”

The Namibian government made the following key achievements to reach Tier 1 during this reporting period: