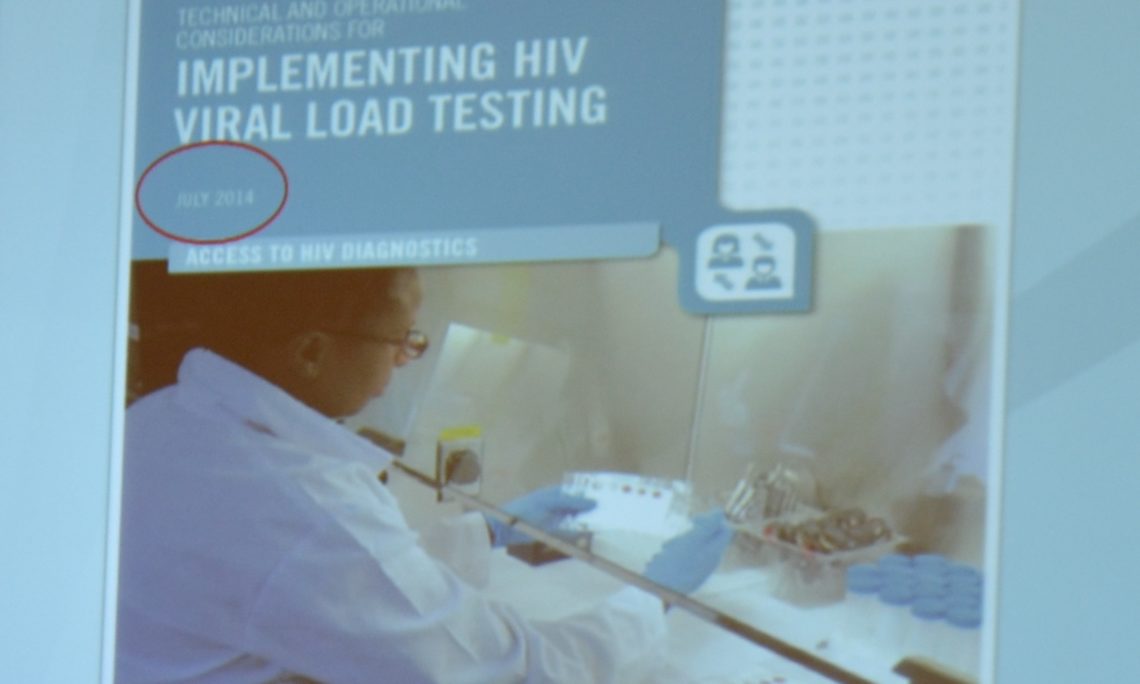 Good morning!   It is a pleasure for me to welcome you to Windhoek for what I am sure will be a valuable workshop on scale-up of viral load testing.  This is the third in a series of workshops focused on viral load testing, and it includes participants from 11 countries representing different governments, international organizations like the WHO and UNAIDS, and U.S. government agencies involved in the fight against HIV and AIDS.

Namibia is a country that is known for many things, one of which is its warm hospitality.  In that regard, I want to thank the Namibian government for allowing this important workshop to be held here.  Namibia is also a country that is justifiably known for its great natural beauty, and I hope that you will have an opportunity to get outside of Windhoek and see some of it – but after your work here is completed!

Namibia is also known as one of the African countries that has faced the heaviest burden from HIV and AIDS.  When the U.S. government, through the President’s Emergency Plan for AIDS Relief, began its partnership with the Namibian government in the fight against HIV and AIDS in 2003, nearly one in four Namibian adults were infected with the virus.  As a result of our collective intervention over the last 13 years, that figure is now closer to one in seven, and we have begun to talk seriously about achieving the UNAIDS 90/90/90 goals in Namibia and bringing the epidemic here under sustainable control.

One of the things we have learned in more than a decade of fighting HIV side by side with the Namibian government is that in order to achieve our common goal of epidemic control, patients living with HIV have to be able to receive quality care and quality testing close to their homes.  That’s why, through PEPFAR, the United States is supporting HIV testing both at district health facilities and in rural communities, and provision of antiretroviral therapy both at large ART clinics and at small health clinics in remote areas.  It’s also why, over the last two years, the U.S. has been supporting the Namibian government to expand its viral load services to monitor treatment in all patients on ART.

But we’re not stopping there: our target is to reach 100% coverage across the country.  To get there, we are maintaining our commitment to strengthen the Namibian government’s viral load testing capacity, spending more than $3.3 million toward that end last year and this year.  As part of that commitment, PEPFAR has procured two containerized viral load labs for use at the Onandjokwe and Engela district hospitals in northern Namibia, where I will have the pleasure of handing them over to the Namibia Institute of Pathology next week.

In addition to scaling up access to viral load testing, PEPFAR Namibia is supporting innovative strategies to improve quick return of results from the lab to health care providers so that the providers can use the results for better management of their patients.  We are also supporting deployment of 14 clinical mentors to train healthcare workers in HIV clinics on the use of viral load testing and interpretation of test results.  Our hope is that these investments will result in significant improvement in the quality of and access to HIV services in Namibia.

But I am not the expert on viral load testing – you are.  My intent this morning is just to highlight a few of the strategies the U.S. and Namibian governments have been pursuing together to fight HIV and AIDS in Namibia.  I hope that your efforts this week will result in even better strategies to scale up viral load testing, improve the quality of care provided to people living with HIV, and ultimately move us all closer to the goals of preventing new HIV infections and reducing deaths from AIDS.

On behalf of my colleagues in the PEPFAR team in Namibia, let me welcome you once more to Windhoek and wish you fruitful and successful workshop.