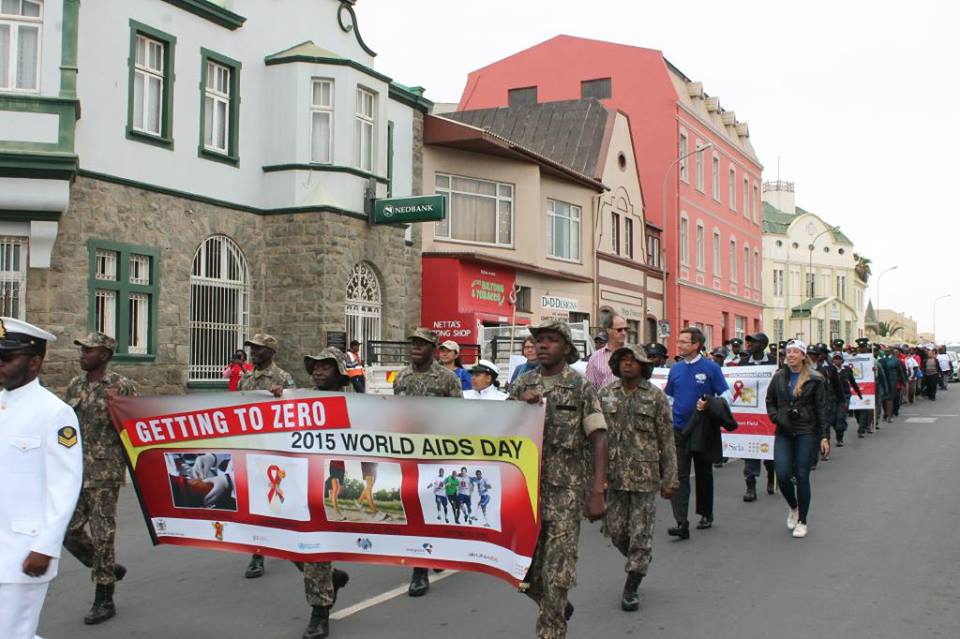 Honorable Dr. Bernard Haufiku, Minister of Health and Social Services,
Honorable Mrs. Lucia Basson, Governor of //Karas Region,
Colleagues and Friends,
Good morning, and thank you for allowing me to join you all in Lüderitz today to mark World AIDS Day for 2015.

Today — and every day — we honor the people whose lives have been affected by HIV and AIDS.  Among those we honor today are the people who are working tirelessly to achieve an AIDS-free generation in Namibia.  Namibia – one of the countries most severely affected by HIV and AIDS in the 1990s – has become a role model, both for Africa and the globe, demonstrating that every one of us has a role to play if we want to conquer AIDS.  And we do want to conquer AIDS!  The time to act is now!

From the nurse in Katima Mulilo who inspires young couples to get tested together, to the lab worker in Lüderitz whose work identifies HIV-positive individuals and gets them headed toward treatment, people in this country are showing that they will not accept the status quo that prevents Namibians from living healthy, AIDS-free lives.

For more than a decade, the United States has been Namibia’s unwavering partner in the fight against HIV and AIDS.  I am here today to tell you that our partnership is stronger than ever.  As part of our contribution to that partnership, the U.S. government has already committed 46 million U.S. dollars — or more than 640 million Namibian dollars – this year alone to help more Namibians to live with dignity and have the opportunity to realize their full potential as healthy citizens.

But we’re going to do more than that.  To help advance Namibia significantly toward the goal of “Zero new HIV infections, Zero Discrimination, and Zero AIDS-Related deaths,” the U.S. government is committing an additional 34 million U.S. dollars – that’s an additional 475 million Namibian dollars – over the next two years to support a plan designed to accelerate HIV treatment services in areas of the country where the HIV prevalence highest and need for testing and treatment is greatest.

I hope some of the acceleration funds will be instrumental in realizing the new Combination Prevention Strategy, which the Ministry of Health and Social Services is launching in Namibia today.  Some of the cornerstones of this important strategy include free and confidential HIV counselling and testing, free anti-retroviral therapy for every individual living with HIV, and free voluntary medical male circumcision to prevent the spread of the virus.

As we look forward to our investment in new strategies in the coming year, I want to point out that we’re able to take these bold new steps because of the accomplishments the Namibian government and Namibian people have already made in the fight against HIV and AIDS.  Those accomplishments have put Namibia on the path to realizing an AIDS-free generation and explain why Namibia is considered a role model.

Working together, your leaders, your health professionals, and your civil society activists have created your exceptional HIV/AIDS response and ownership of solutions to address the epidemic.  For example, the foresight of Namibia’s leaders, past and present, has moved the Namibian government’s financing of the national response from 11 percent to 65 percent in the past decade.  That is virtually unique among countries with a high burden of HIV.

The United States has been proud to be part of Namibia’s success.  The goal of an AIDS-free generation worldwide was first envisioned by U.S. President George W. Bush, whose bold proposal in 2003 created the President’s Emergency Plan for AIDS Relief, or PEPFAR.  PEPFAR started work in Namibia in 2004.  Since then the U.S. government has contributed $1.1 billion U.S. dollars – more than 15 billion Namibian dollars at today’s exchange rate – through PEPFAR to help Namibia realize an AIDS-free generation.

Over the years, funds provided by the American people have helped to hire and train doctors, pharmacists, and nurses; to buy medicines; to provide laboratory services and strengthen the national laboratory system; to build clinics – all of it, ultimately, to stop the spread of HIV/AIDS.

As a result of the U.S. investment and through our partnership with the Namibian people, together:

Our collective success story and our memories of individuals who have fought the good fight remind us of the difference that ordinary citizens can make.  We must continue to draw from their inspiration and stand up for the rights of people who haven’t yet had the opportunity to realize their potential.  That’s why I want to encourage each of you to think about what you can do individually and what we can to do together to make the dream of “Zero new HIV infections, Zero Discrimination, and Zero AIDS-Related deaths” a reality in Namibia.  Working together, we can do it!