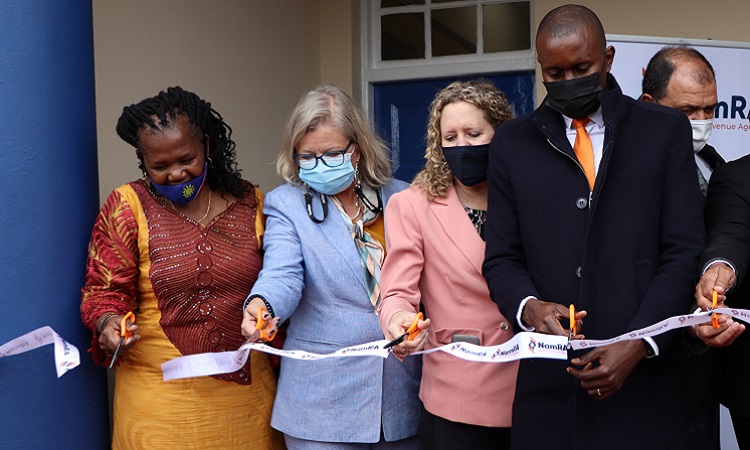 The United States government is funding the US$720,000 program, which the UN’s Office of Drugs and Crime (UNODC) will implement with the Walvis Bay Port authorities.

The Container Control Programme (CCP) is a UNODC initiative that enables front-line officers to stop illicit trafficking, especially of wildlife and forest products.  According to the UN, up to 90% of world cargo movement occurs in shipping containers but less than 2% is physically inspected by customs authorities to verify the contents.  Partly for this reason, containers are used on a large scale for illegal activities, such as smuggling of protected wildlife and timber products.

Namibia has been severely affected – both as a source and transit for wildlife and forest products trafficking.  In 2017, an estimated 250 to 300 containers of raw timber (logs) left the port of Walvis Bay for China every month.  Most of the logs were harvested in South-Eastern Angola, Zambia, and the Democratic Republic of the Congo (DRC), countries that have banned the export of raw logs.  Illegal trade of pangolins, one of the world’s most trafficked animals, has been identified in Namibia.

The UNODC has already implemented the Container Control Programme in more than 50 countries.  The CCP launched at Walvis Bay today has two objectives: (1) to establish multi-agency Port Control Units (PCU) and provide advanced training to PCU officials; and (2) to strengthen international cooperation by connecting the Walvis Bay PCU to international law enforcement entities and the global network of UNODC PCUs.

In her remarks, Chargé Long explained that the idea of implementing the Container Control Programme in Namibia began in September 2019, when officials from NamPort, the U.S. Fish and Wildlife Service, and U.S. Customs and Border Protection conducted a two-day assessment of smuggling in the region.  That assessment led the U.S. Department of State to approve funding for the UNODC Container Control Programme launched today.

“Fighting global illegal trade networks and protecting Namibia’s wildlife are key goals of the U.S. Embassy’s diplomatic engagement with Namibia,” explained Chargé Long.  “This initiative is a blow to criminals who would try to use Walvis Bay as a smuggling route.  Another advantage of the Container Control Program is that it will make for a safer port, which will encourage companies seeking legitimate business and trade.”