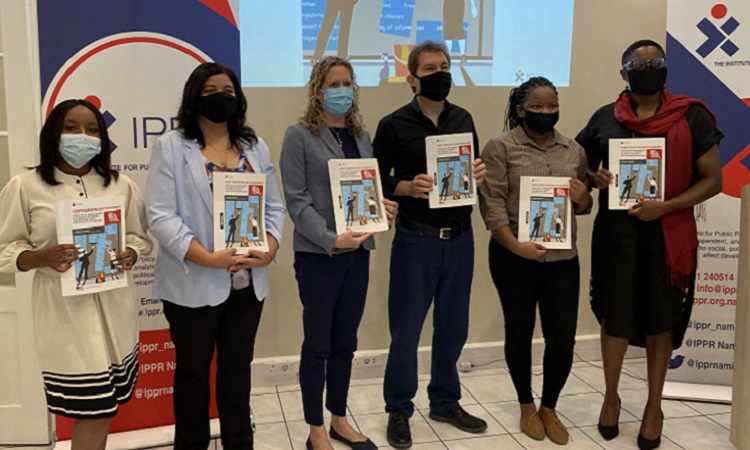 Good morning, and thank you IPPR, for inviting me to speak at the launch of your book on fiscal transparency in Namibia – Keep Your Eyes on the Money.

Congratulations to the IPPR team for completing this important project highlighting the role the public can play in improving budget transparency and accountability.

Also, thanks to the Office of the Auditor General and other stakeholders for your engagement and efforts to increase fiscal transparency in Namibia.

I want to thank the media. You have a profoundly important role to play in transparency.

We support it because lack of transparency presents a threat to democracy and rule of law around the world. President Biden and Secretary Blinken continue to emphasize that in both our domestic and foreign policy, we must do everything we can to partner with democracies to ensure accountable government and counter corruption.

Throughout my career in countries around the world – including my own – I have seen that lack of fiscal transparency is a breeding ground for corruption and incompetence – whether in the public or private sector.

Increasing fiscal transparency is a challenge for all governments – no matter the size, age, or wealth of the country – and is an exercise that all democracies must continuously undertake to stay healthy and accountable to their citizens.

A few benefits of fiscal transparency that I see:

Alternatively, the consequences of weak fiscal transparency are serious. It can enable corruption and misappropriation of public funds, erode public trust in the government, and eventually contribute to cultural tolerance of dishonesty under the excuse that ‘everyone is doing it’.

Every year, the United States produces a Fiscal Transparency Report covering the performance of different governments around the world on fiscal transparency. In 2021, the report covered 141 governments including Namibia.

Namibia consistently makes the list of countries that are meeting basic fiscal transparency standards by ensuring that national budget information is publicly available and that there is a transparent contracting and licensing process for extraction of natural resources.

We applaud Namibia’s efforts in meeting basic fiscal transparency standards but also caution that, just like in my country, there is room for improvement.

Established democracies like the United States and Namibia cannot rest on our laurels – we must constantly push ahead to ensure greater transparency and fewer footholds for corruption or poor use of public resources.

IPPR’s Keep Your Eyes on the Money addresses the importance of building strong public participation to increase fiscal transparency and accountability for government finances.

One of the best things about this report is that outlines some concrete recommendations that Namibia can take to increase fiscal transparency and improve public trust in the government’s handling of revenues.

These valuable recommendations include:

It is ultimately up to the citizens of Namibia, the media, the government, civil society, etc. to ensure the implementation of these recommendations.

I offer the U.S. government’s continued partnership to Namibia as we both work to strengthen and defend the democratic traditions and institutions that both of our countries fought hard to create.

Thank you again for the opportunity to join you today and thank you all for your continued hard work on this important issue.