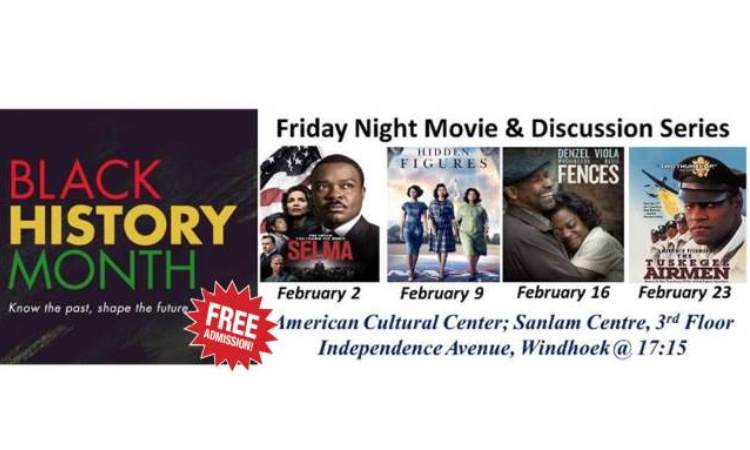 In honor of Black History Month, the U.S. Embassy’s Public Affairs Section will be hosting a movie-and-discussion series on Fridays in February. The movies are free and open to the public.

February 2, 2018
Selma, a chronicle of Dr. Martin Luther King, Jr’s campaign to secure equal voting rights via an epic march from Selma to Montgomery, Alabama in 1965.

February 9, 2018
Hidden Figures, the story of female African-American mathematicians who served a vital role in NASA during the early years of the U.S. space program.

February 16, 2018
Fences, a working-class African-American father tries to raise his family in the 1950s, while coming to terms with the events of his life. The movie is based on the 1985 play by American playwright August Wilson.

February 23, 2018
The Tuskegee Airmen, true drama of how a group of African-American pilots overcame racist opposition to become one of the finest U.S. fighter groups in World War II.

The programs will be taking place at the American Cultural Center on Independence Avenue, at the Sanlam Centre, Third Floor (3rd) in Windhoek.

Black History Month was the inspiration of Carter G. Woodson, a noted scholar and historian, who instituted “Negro History Week” in 1926. He chose the second week of February to coincide with the birthdays of President Abraham Lincoln and the abolitionist Frederick Douglass. The celebration was expanded to a month in 1976, the nation’s bicentennial. Each February, Black History Month honors the struggles and triumphs of millions of American citizens over the most devastating obstacles: slavery, prejudice, poverty as well as their contributions to the nation’s cultural and political life.