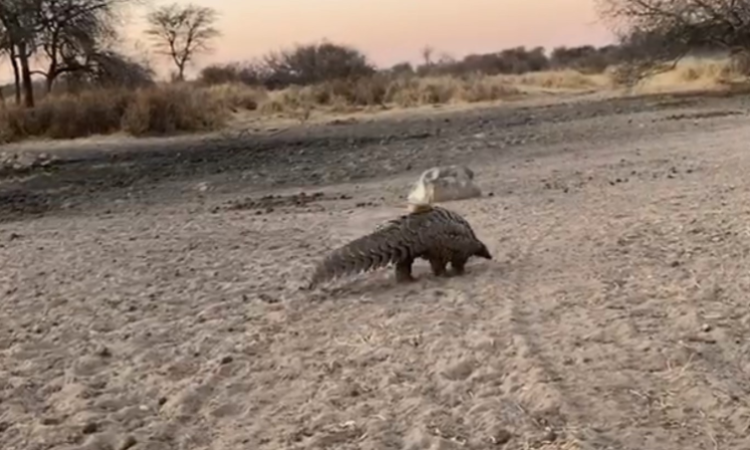 On July 29 the pangolin was released by the Blue Rhino Task Team members in the presence of a scientific researcher in cooperation with the Ministry of Environment, Forestry and Tourism as well as the Namibian Police.

During a first of its kind cooperation between U.S. Law Enforcement and the Namibian Police (Nampol), four suspected pangolin traffickers were arrested on July 21 in Namibia.

Time-sensitive information received by the Homeland Security Investigations office in Pretoria relating to an imminent dealing by criminals in the illegal sale of a live pangolin was passed to the U.S. Embassy Windhoek’s Regional Security Officer which was shared with Nampol. Based on the information, the Blue Rhino Task Team was able to successfully arrest four suspects.

One live pangolin was recovered along with four pangolin skins and loose scales which were confiscated.  All of the accused persons remain in custody pending a formal bail application on August 13. This investigation may lead to further arrests and is a great example of the shared cooperation between the United States and Namibia to counter illegal wildlife trafficking.