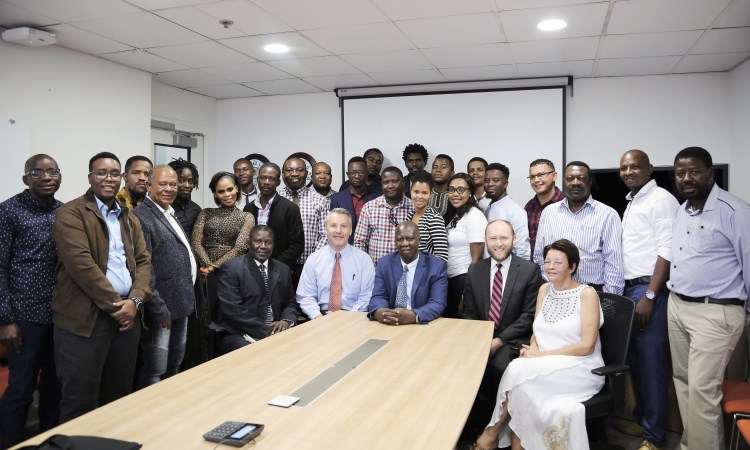 The workshop was attended by 28 Drug Enforcement Division officers who travelled from around the country to join the informative briefing.

The discussion covered the DEA mission, strategic objectives, priority threats, as well as an overview of current and emerging drug trafficking trends.  This interaction between the DEA and Drug Enforcement Division has opened the door to future collaborative efforts toward mutual goals.

“Drug trafficking is an area of shared interests between the U.S. and Namibian governments.  The U.S. Embassy in Namibia remains supportive of the Namibian Government’s efforts to curb illegal drugs and looks for every opportunity to support these efforts,” said Denis O’Sullivan, U.S. Embassy Regional Security Officer.