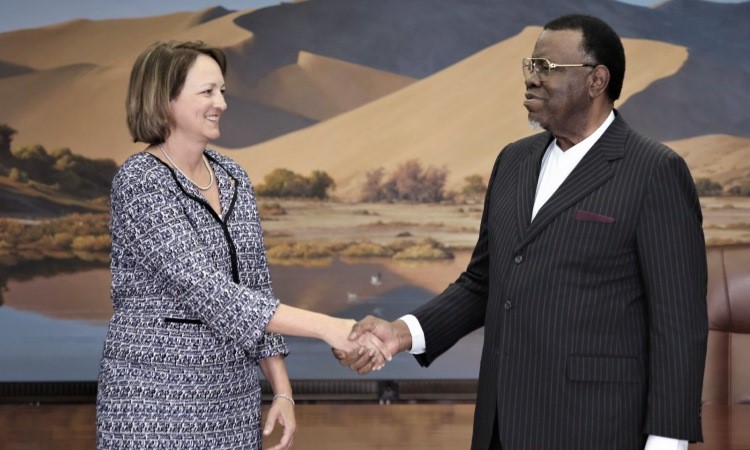 Windhoek – To alleviate the hardship brought on by the drought, the U.S. government has donated US$7.6 million worth of food assistance for some of Namibia’s most vulnerable populations. The donation is funded by the United States President’s Emergency Plan for AIDS Relief (PEPFAR) and is in addition to the US$81.4 million in PEPFAR funding committed for the 2020 financial year starting October 1, 2019.

U.S. Ambassador Lisa Johnson made the announcement on September 10, 2019 following a meeting with His Excellency President Hage Geingob at the State House in advance of his travel to the UN General Assembly in New York.

“The drought has brought real hardship to Namibia and significantly impacted livelihoods.  Many of Namibia’s most vulnerable citizens do not have enough food to eat.  I’ve heard this personally from many people as I’ve traveled around the country recently, including in Kunene, Omusati, Kavango, and Zambezi,” said Ambassador Johnson during the announcement.

This donation builds on the USAID/OFDA US$100,000 provided in May 2019 to the Namibian Red Cross for water and hygiene assistance for the Kunene region.