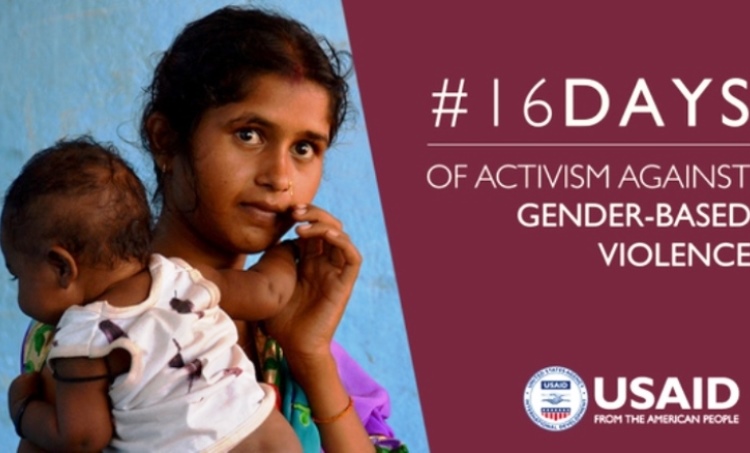 The U.S. Agency for International Development (USAID) joins the world in commemorating 16 Days of Activism Against Gender-Based Violence starting today, November 25 (the International Day for the Elimination of Violence Against Women), and ending December 10 (International Human Rights Day).

USAID works to prevent and respond to instances of gender-based violence (GBV) around the globe. GBV undermines the safety, health and rights of millions of people. It increases women’s and girl’s vulnerability to acquiring sexually transmitted infections, including HIV, and makes it more difficult to space births adequately. With increasing instances of population growth, urbanization, limited resources and conflict, many women and girls are increasingly susceptible to gender-based violence.

One healthcare provider and one survivor at a time, USAID is working to #EndGBV. We’re partnering to create brighter futures for women and girls and to build strong, resilient communities.

Over the next 16 days, we’ll be sharing stories and updates about how we’re partnering to end GBV. Follow along on USAID’s Global Health pages on Facebook and Twitter, and join the conversation via #16days.