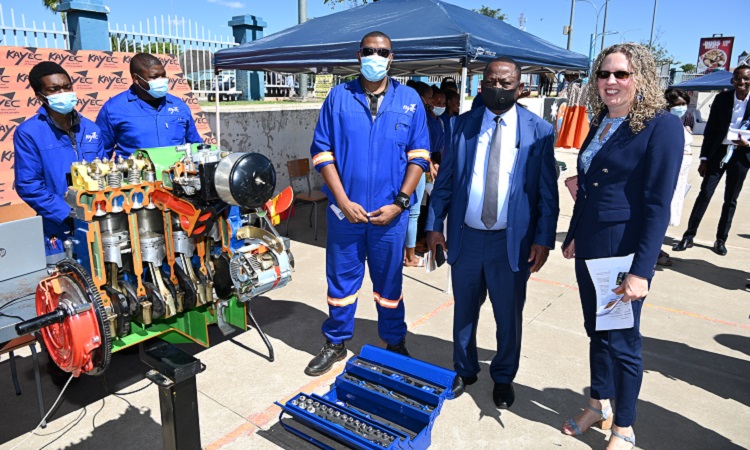 The Share Fair is a networking event organized by a U.S. government-funded Key Populations (KP) project called KP-STAR in commemoration of World Health Day which fell on 7 April.

Key Populations, which include sex workers, men who have sex with men, and transgender people, are at an elevated risk of contracting HIV.

Chargé Long reminded visitors that key populations continue to be marginalized in society. “These population groups are vulnerable and affected by HIV due to certain risk behaviors, as well as social and structural factors such as stigma and discrimination, and gender-based violence which contribute to limited access to health services.”

Representatives of other government ministries, the United Nations, international development organizations, and the private sector including the Namibia Chamber of Commerce and Industry also attended the event.

The KP-STAR project is funded by the U.S. President’s Emergency Plan for AIDS Relief (PEPFAR) through the United States Agency for International Development (USAID) and supports the strengthening of KP-friendly health services in the country.

Since the start of the project in April 2020, more than 2,000 HIV-positive KPs have been reached through testing, with almost all of them now on antiretroviral treatment. Moreover, 97% of those on treatment had their viral load suppressed which means they cannot transmit HIV to others.